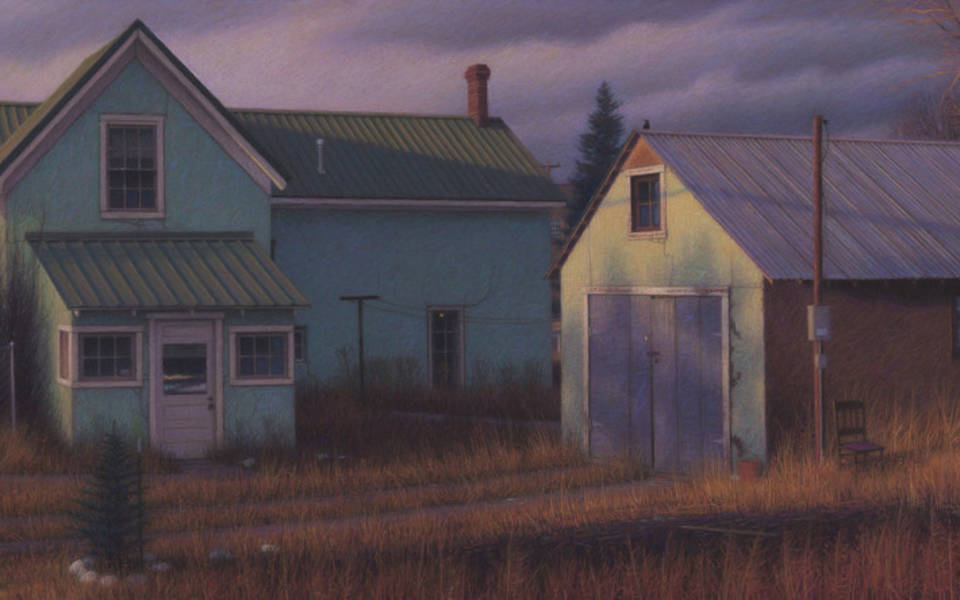 Details Who's Going
Brian Cobble grew up in Las Cruces, New Mexico, and earned a BFA from New Mexico State University and an MFA from Southern Methodist University.  As a graduate student at Southern Methodist University he was influenced by the painters Roger Winter and Dan Wingren.  He also attended the Skowhegan School (Skowhegan, Maine) and was twice a resident at the MacDowell Colony (Peterborough, New Hampshire).
Cobble began his career as an oil painter, but now works primarily in pastel.  His work depicts the lonely and often barren urban and rural landscape in a photo-realistic manner.  Fellow artist and friend, Roger Winter states, Cobble sees the landscape superimposed with fences, artificial waterways, refineries, quickly installed human habitation projects, trailer parks, asphalt slabs, and on and on and on. He paints the outward signs of a mobile seminomadic human culture, a culture in constant change.
Cobble's works are in the collections of the Dallas Museum of Art; the New Mexico Museum of Art, Santa Fe; the El Paso Museum of Art; the Tyler Museum of Art; and The Columbus Museum, Georgia. His work has been exhibited at The McKinney Avenue Contemporary, Dallas; The Grace Museum, Abilene; the Ogden Museum of Southern Art, New Orleans; and the Butler Institute of American Art, Youngstown, Ohio, among others. Cobble is represented by Valley House Gallery and Sculpture Garden in Dallas, Texas.