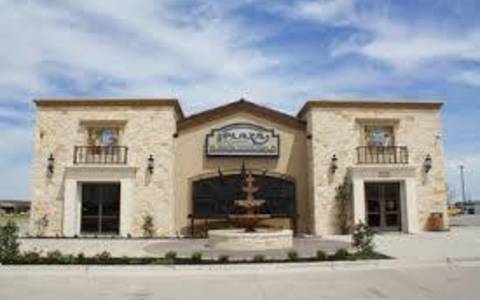 Details Likes
n 2001, Martin and Jose bought the Borger location for the first Plaza Restaurant. Martin stayed in Kerrville while Jose ran this location. Although there have been many that suggested they build a new location in Borger, Jose said, This is where it all started.

A new restaurant was opened in 2003 when Martin and Jose bought the Amarillo location. At this point, Martin left his job in Kerrville and moved his wife and 3 boys to Amarillo to run this location. They were originally located in a shopping center at 34th and Bell.

The next Plaza Restaurant would come in 2006, when Martin and Jose renovated a space in Pampa, making their 3rd establishment. At this point, Rafael was working for them at this location. In 2010, Rafael moved his wife and 3 children to Altus, Oklahoma and opened the 4th location.

Martin and Jose expand the Amarillo location in their first custom-built restaurant in 2011. They increased seating and added a 2nd private room, tortilla machine, and a beautiful state-of-the-art kitchen. A year later, Rafael outgrew his building in Altus and acquired a larger location just about a mile away. He now has additional seating and beautiful bar as well!

Continuing to expand the Plaza Restaurant family, the land was bought in Lubbock, Texas in 2014 and plans started for a Lubbock location, adding Martins middle son, Nelson, as a partner in that project. The 5th Plaza Restaurant opened on May 28th, 2016 in Lubbock. With a little bigger kitchen and a little bigger bar, they began serving the college town! This location has been busy, employing roughly 125 people.

Childress also opened a Plaza Restaurant on June 1st, 2016. Rafael remodeled and added seating to a restaurant right on Highway 287 for the 6th Plaza Restaurant. This location is perfect for travelers going between Amarillo and Dallas to get their Plaza fix!

The Dumas location opened in November of 2017. This time, Jose was joined by his nephew, Martins oldest son, Jr., and Joses brother-in-law, Ismael Hernandez. Lucky #7 is right on 287 as you come into Dumas and it is perfect for those traveling from the Panhandle to the mountains! Also in 2017, at the request of the Borger customers, we added 1200 square feet to our location and renovated to add a bar. Now Borger, too, has a beautiful bar and additional seating. We completed our remodel in time for Christmas and are happily serving our customers!